Hidden Fire Dangers in Your Home

In the U.S., fire departments respond to one fire every 88 seconds, according to the National Fire Protection Association. Cooking is the most common cause of home fires and smoking is the leading cause of home fire deaths. But there are many other ways that you could inadvertently start a fire. These are some of the hidden fire sources in your home. 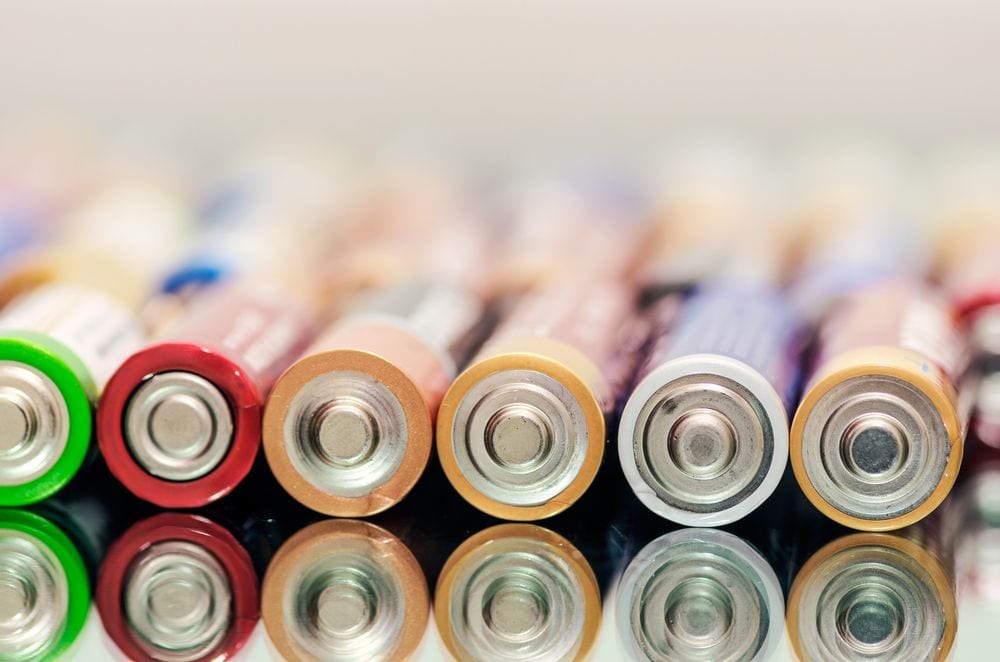 All batteries pose a fire risk, even those with a weak charge, according to Craig Gjelsten, VP of Operations at Rainbow International, which restores damage caused by fire, water and mold. Gjelsten says that 9-volt batteries are the biggest fire culprit. Since their terminals are in close proximity, they can easily short. “I recommend a battery storage case or just leave batteries in their original packaging instead of lying around loose.”Gjelsten also recommends storing batteries standing upright and placing electrical tape over the ends of each battery — regardless of the battery type. Other tips include not storing batteries in metal containers or placing them near keys, steel wool or other metal objects. “Also, be sure to store 9-volt batteries separately,” Gjelsten says. 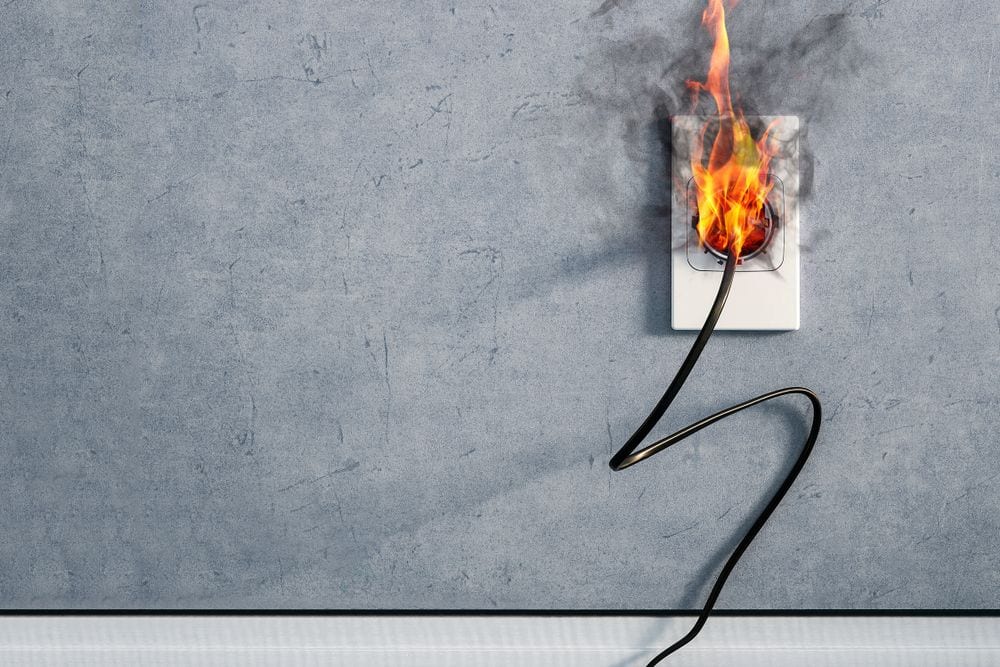 If your electrical equipment is damaged, it can easily overheat and result in a fire, according to Tom Wallace, a Certified Master Inspector at Home Check Inspections in Riverview, FL. “It is important to regularly inspect the electrical equipment in your home for damaged or frayed cords and plugs,” Wallace advises.You may be thinking that you’d know if you had damaged or frayed cords and plugs. But that’s not necessarily the case. “Power or extension cords hidden behind a bed or table that are repeatedly knocked against can become worn out,” explains Bill Timmons, Marketing Manager of Residential Products at Legrand. He also warns against walking over cords — for example, under carpets or on your hardwood floors — since this can also result in damage.And don’t forget the dreaded dust bunnies. When they form around electronics, sockets and heaters, Gjelsten says they can ignite and start a fire. “Regularly vacuum dust near outlets, wires and appliances, including crevices and areas behind furniture,” he says. 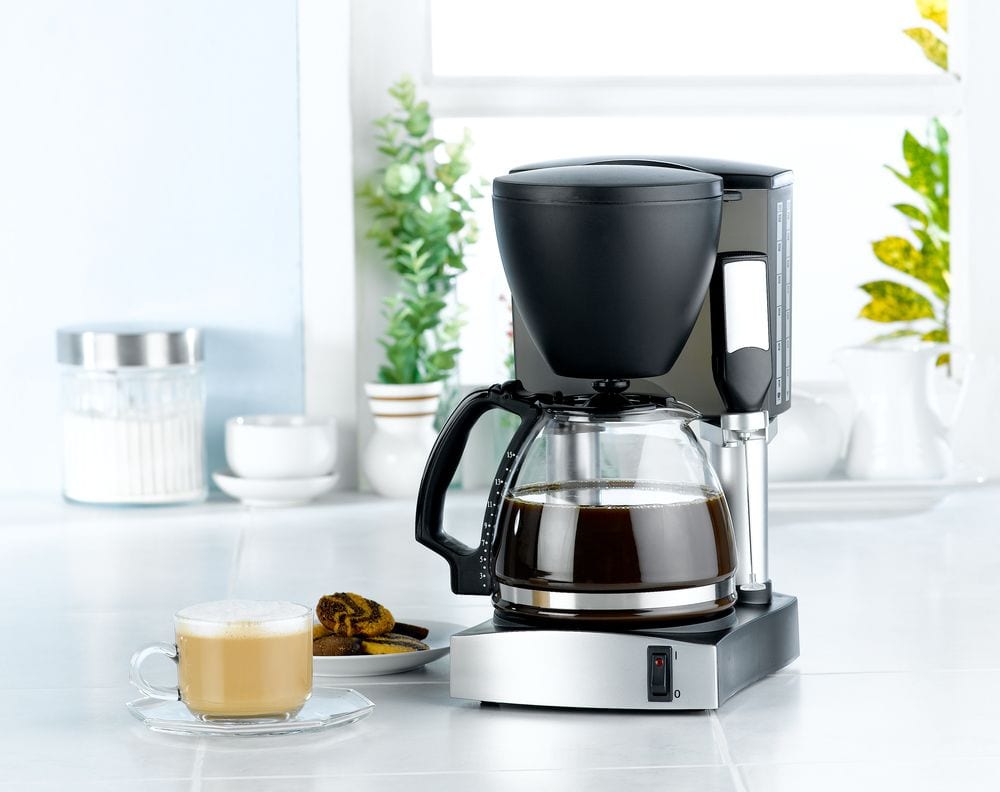 Turn off your coffee maker when it’s not being used. Image: John Kasawa/Shutterstock

“Your coffee pot could overheat and start a fire,” says Battalion Chief Raymond Williams of the Birmingham Fire and Rescue Service Department in Birmingham, AL. He says coffee pots with plastic components can get too hot if you forget to turn them off. Although most coffee pots with digital clocks have an automatic two-hour shut off, that’s still plenty of time for them to overheat. Also, several years ago, Kenmore recalled 145,000 coffee makers due to faulty wiring. So, to be on the safe side, don’t leave your coffee maker unattended and manually turn it off when you’re not using it. 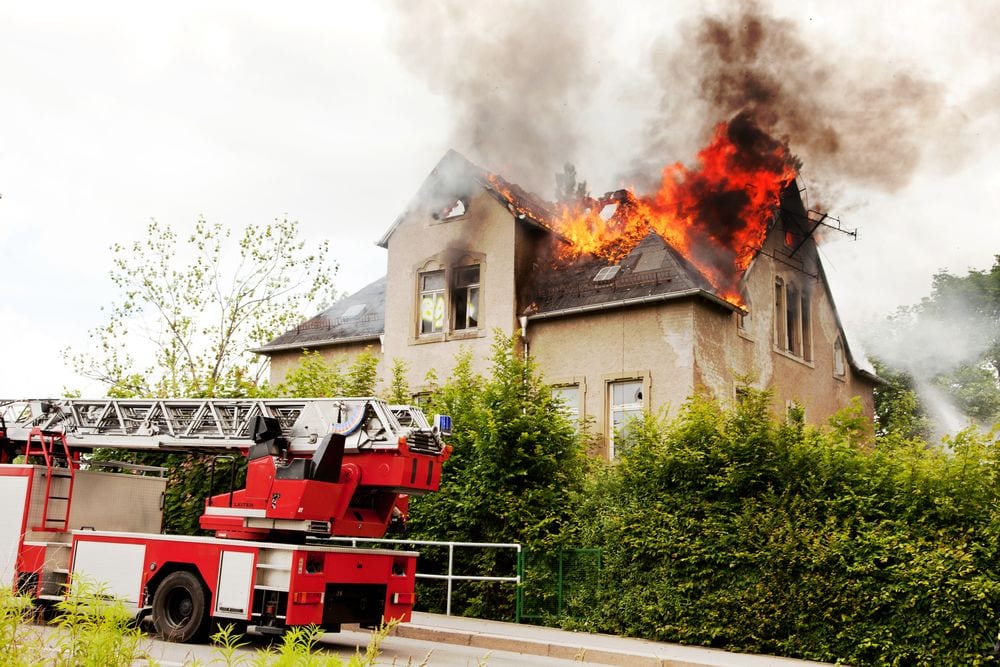 It’s probably no surprise that gasoline or kerosene can inadvertently start a fire. “These flammable items should be stored away from heat sources in appropriate containers,“ says Wallace. “The containers should be labeled and easily identifiable.”However, there are other flammable liquids that can also start a fire. For example, a woman in Texas opened a bottle of nail polish remover and left it near a candle in an unventilated room. The bottle ignited and she suffered third-degree burns. 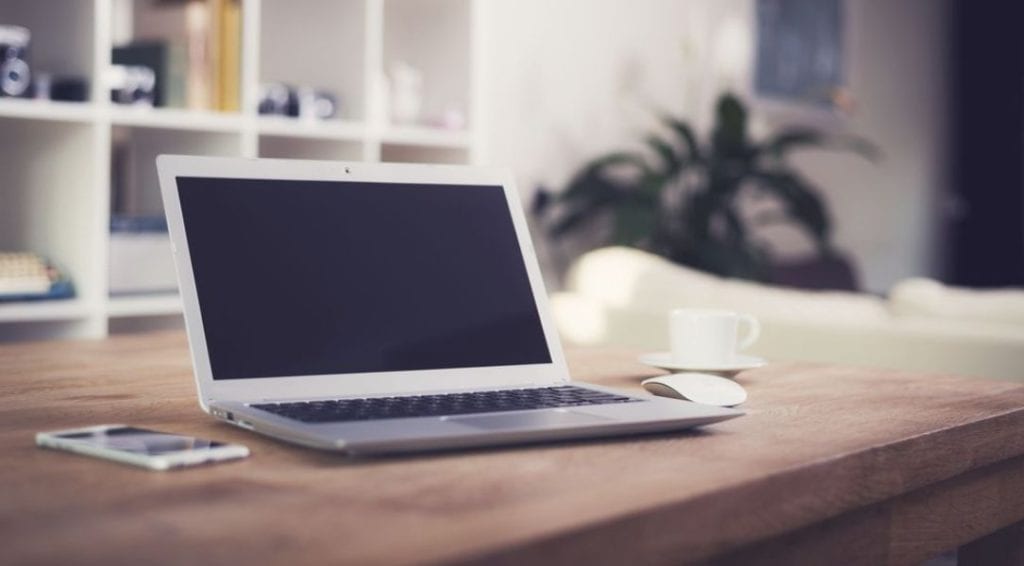 If you’ve ever held your laptop in your lap for an extended period of time, you know it can get very hot. However, you might not have known that it can actually catch on fire. “Laptops can get pretty hot during normal operation. When placed on a blanket or similar surface, the batteries can overheat and cause a house fire,” Gjelsten says. He warns against leaving your laptop on any type of soft surface. If you don’t have a home office or desk, consider using a laptop stand. 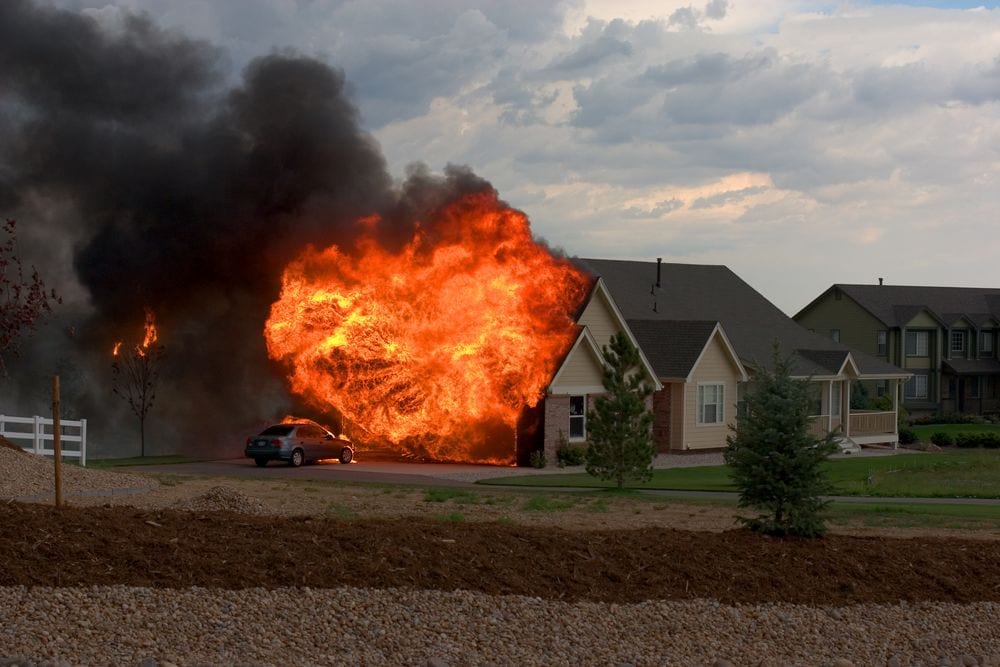 Use the proper wattage for your light fixture. Image: Darin Echelberger/Shutterstock

Are you familiar with the term “overlamping”? It occurs when the light bulb wattage is too high for the lamp, and Gjelsten warns that overlamping can start a home fire. For example, if you use a 75-watt bulb in a 40-watt lamp, you’re overlamping.“If the fixture is unmarked, stay under 60 watts to be safe,” Gjelsten says. He also advises caution with compact fluorescent lights (CFLs). “Avoid using CFLs when the base of the bulb is enclosed by the fixture, such as with track and recessed lighting,” he says. “If your CFLs are burning out early and they’re brown at the base when removed, the bulbs are overheating.” Gjelsten recommends a cooler option, like LED. 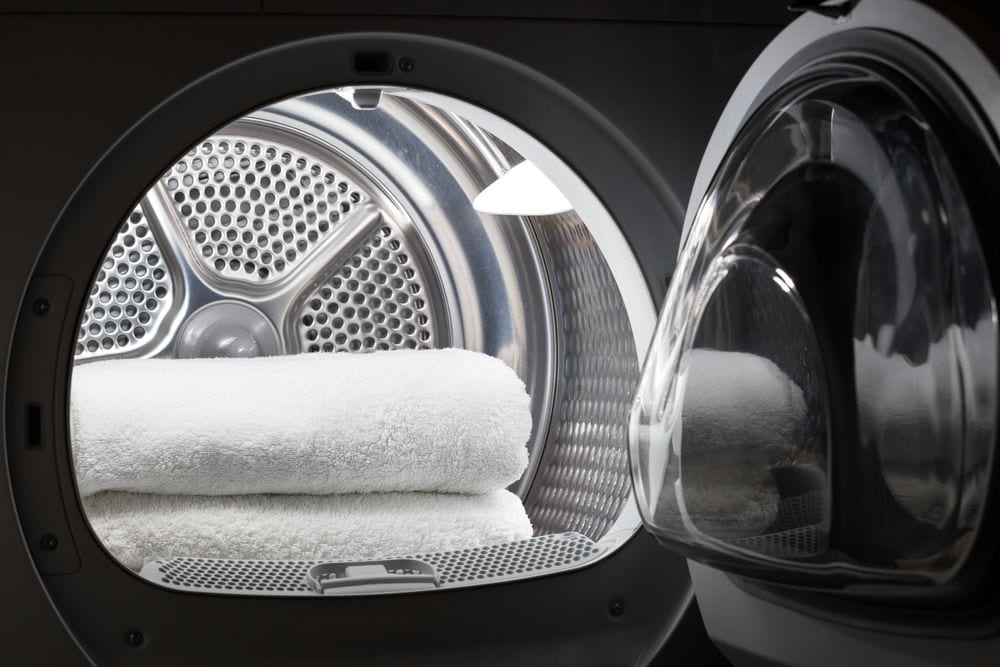 While you’re sprucing up your laundry room, don’t forget to clean your dryer vent on a regular basis. You should empty the dryer lint screen before every load, according to Dave Lavalle, Founder of Dryer Vent Wizard. “While the dryer vent and duct system carries the air and lint outdoors, some of it gets trapped in the lint screen,” he explains. And since lint is very combustible, he says the screen should be emptied before every load. “Also, on a quarterly basis, clean the lint screen in soapy water,” he adds. That’s because detergent, fabric softener and other materials can build up and create a transparent film.In addition, you need to check the vent cover on the home’s exterior to ensure that there’s no mulch or bird/rodent nesting materials. “Lastly, check the flexible tube-shaped transition duct that connects the dryer and the duct,” Lavelle says. Every other month, he recommends checking behind the dryer to ensure the transition duct hasn’t been crushed or broken. 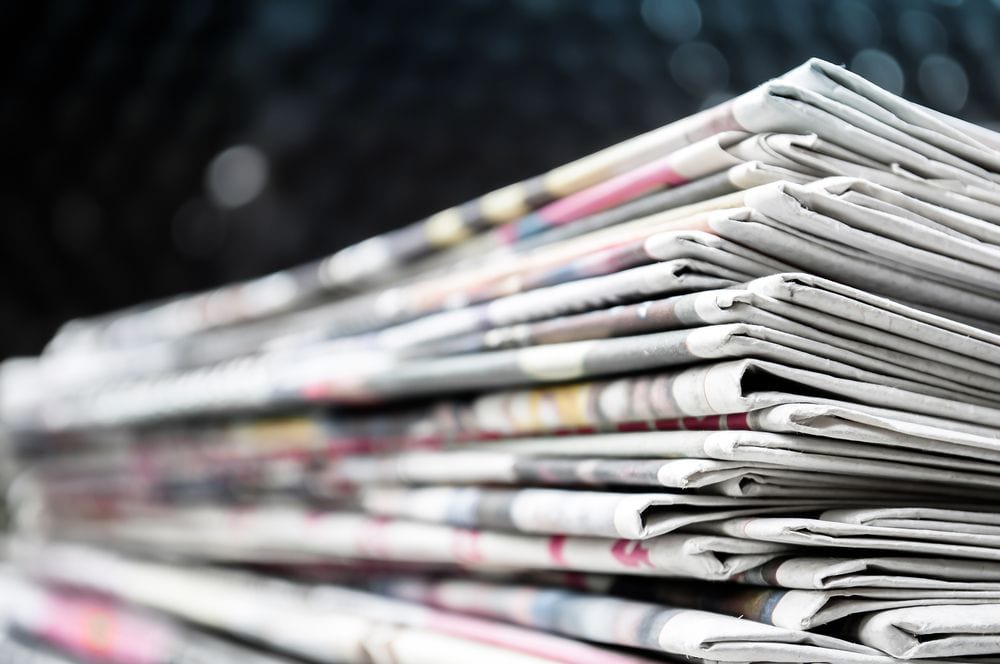 Gjelsten also warns that if you leave stacks of newspapers and magazines too close to a heat source, they can ignite. “And if you use heating blankets and pads, do not place the cord between the mattress and box spring,” he adds. Gjelsten also advises against using these heating items on anything but the lowest setting.“Also, throwing that unused bag of charcoal in the closest storage closet is never a good idea.” He says that damp coal can ignite and start a serious fire. Instead, Gjelsten recommends storing the bag in a metal pail orrbage can with a tightly closed lid.