15 of the Best Open Design Showers

One of the popular ways to get a sleek, modern bathroom is to opt for an open design shower. As the name suggests, these showers are typically fully open to the rest of the bathroom, or at least only partially covered. Many are even simply behind clear glass partitions. This design opens up the bathroom space visually. And the lack of a shower curtain allows the bathroom to look more modern and spa-like. If this is something you’d like to try, or you’re just curious about how others incorporated the style, below are some of the best open design showers.

First on the list of different open design shower types are showers that remain fully open to the rest of the bathroom. These have a few different benefits. They can be good for those with limited mobility since there is often only a lip to step over into the shower. And many designs are even flush with the floor and have a drainage system that allows water to stay in the shower area.

As mentioned above, they can also visually open up the bathroom space, making these good options for small space bathrooms. And, of course, open design showers have a luxury, modern feel to them, like something you’d find in an upscale hotel. 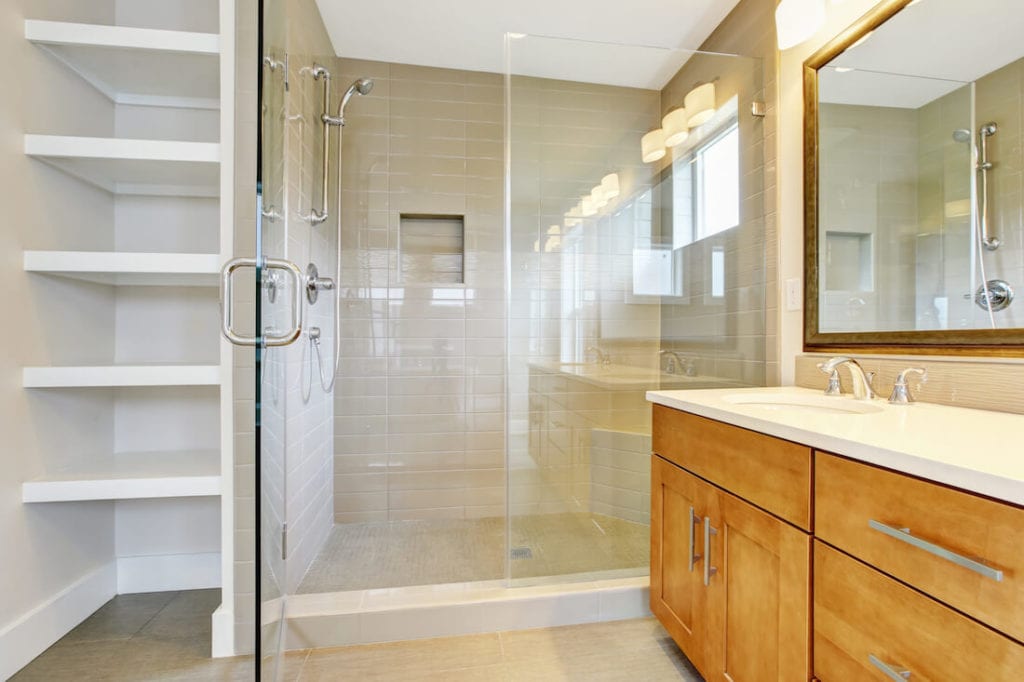 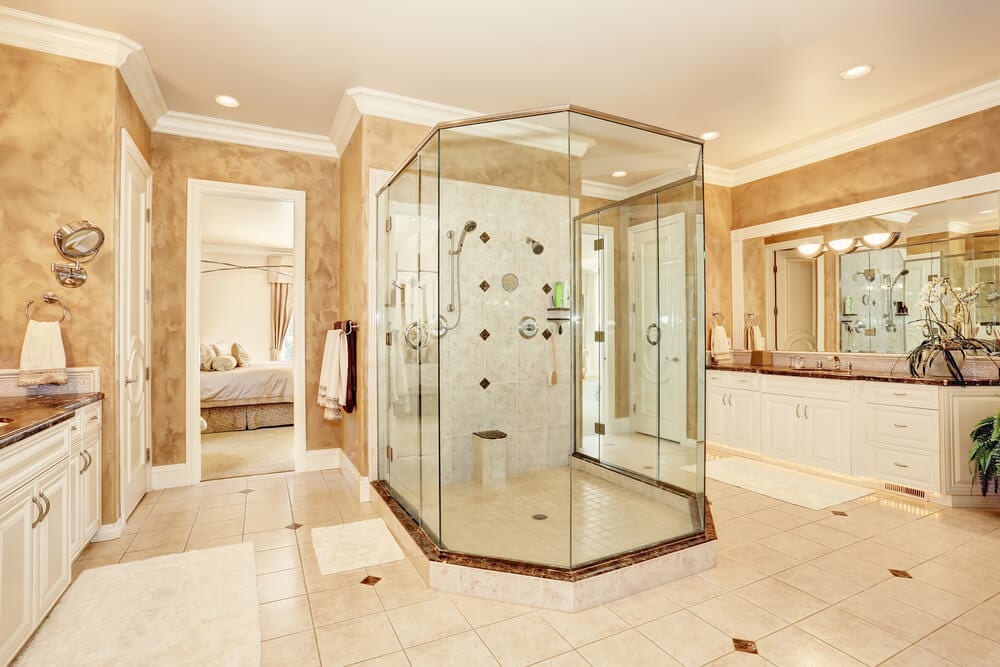 An open shower fits well into the middle of a bathroom space. Image: Artazum/Shutterstock 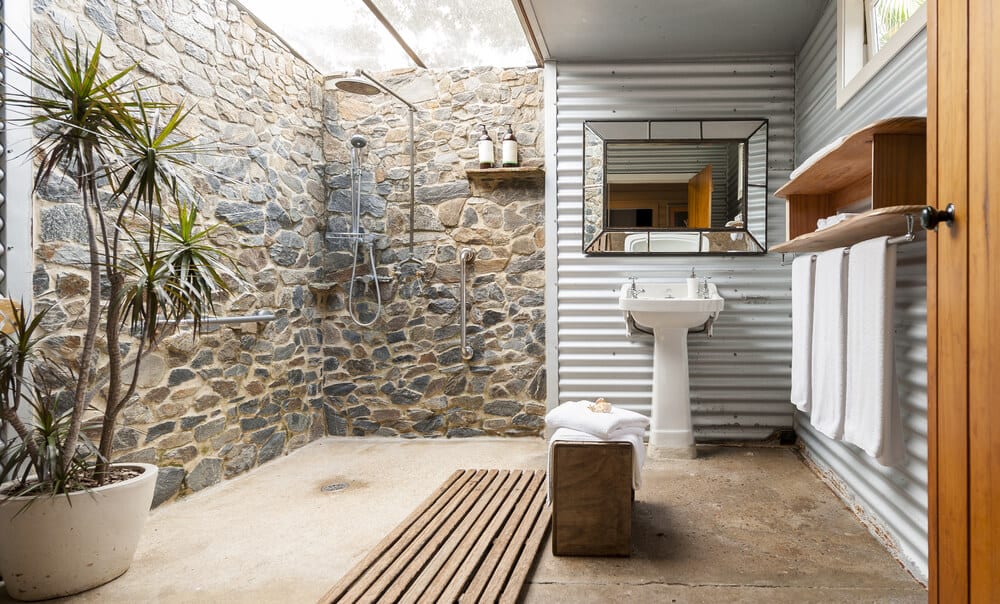 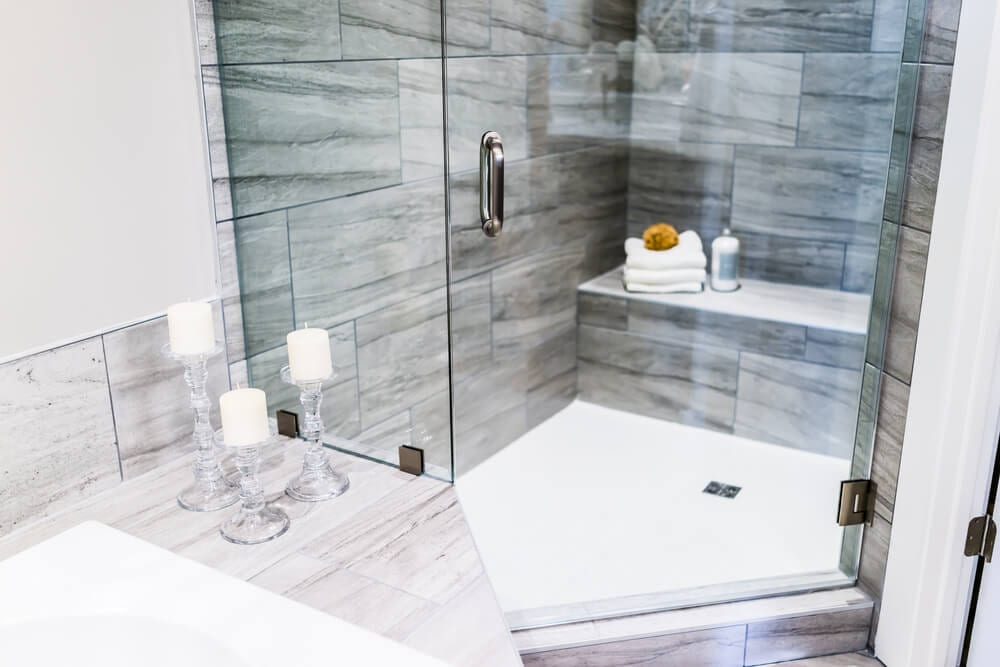 An open shower can show off the tile texture. Image: Kristi Blokhin/Shutterstock 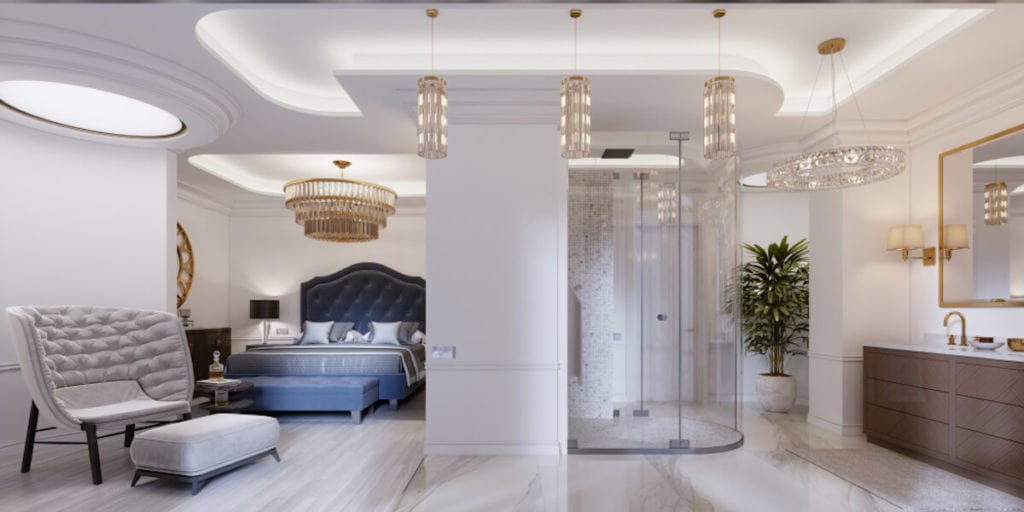 A rounded door design can fit in just about anywhere. Image: KUPRYNENKO ANDRII/Shutterstock 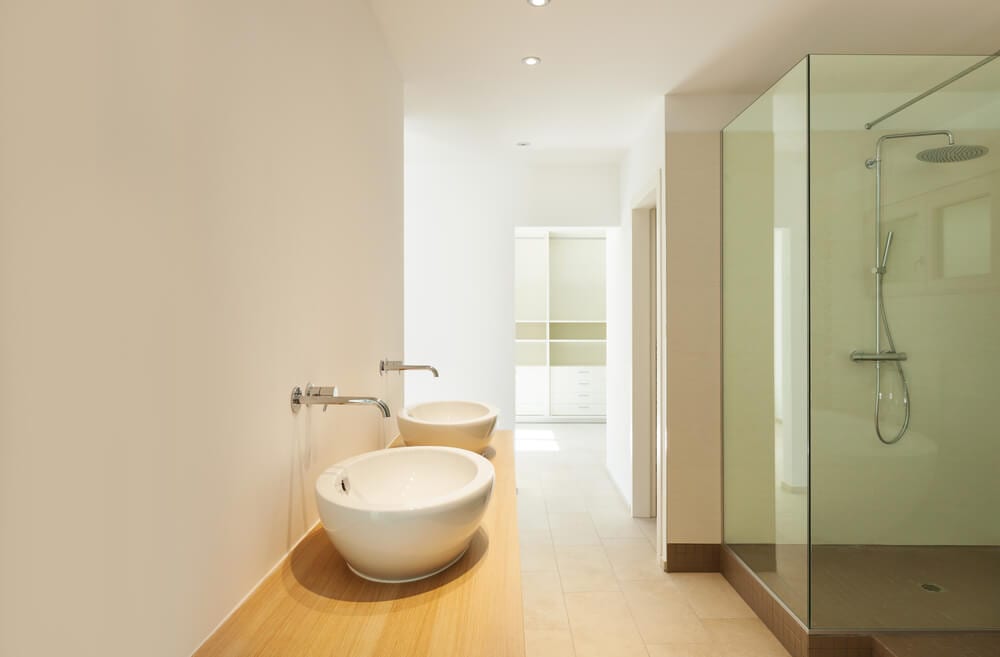 Different floor textures can visually separate the open shower from the rest of the bathroom. Image: alexandre zveige/Shutterstock

The partitions themselves can also be wonderful additions to a bathroom. From partial walls to frosted glass, the partitions below add a sense of texture and style to the space. 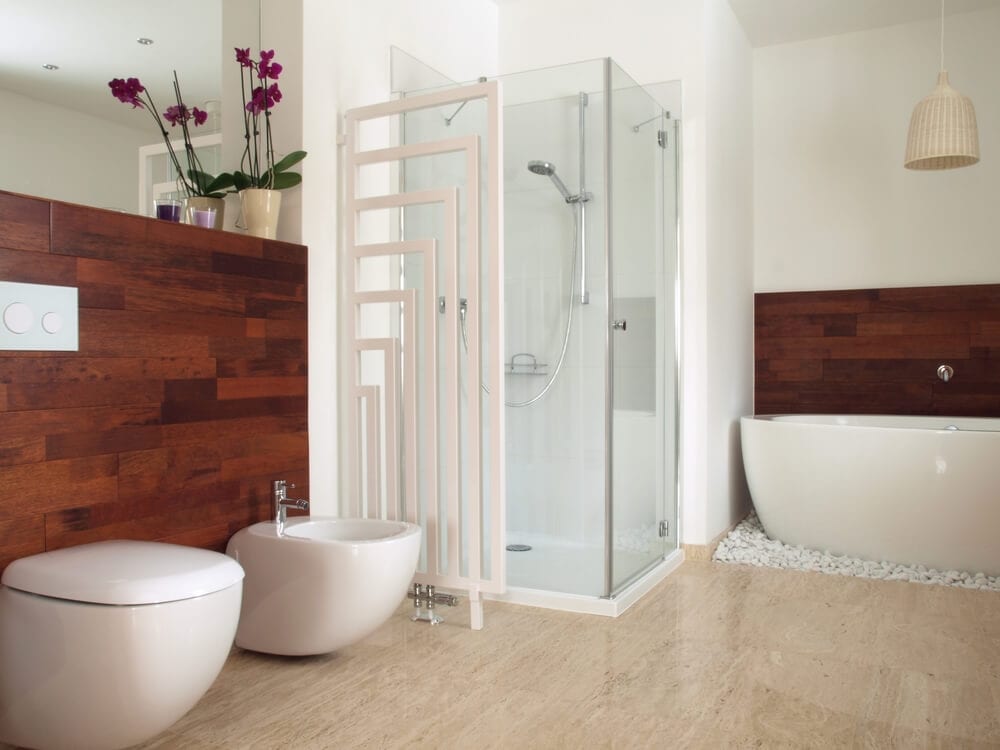 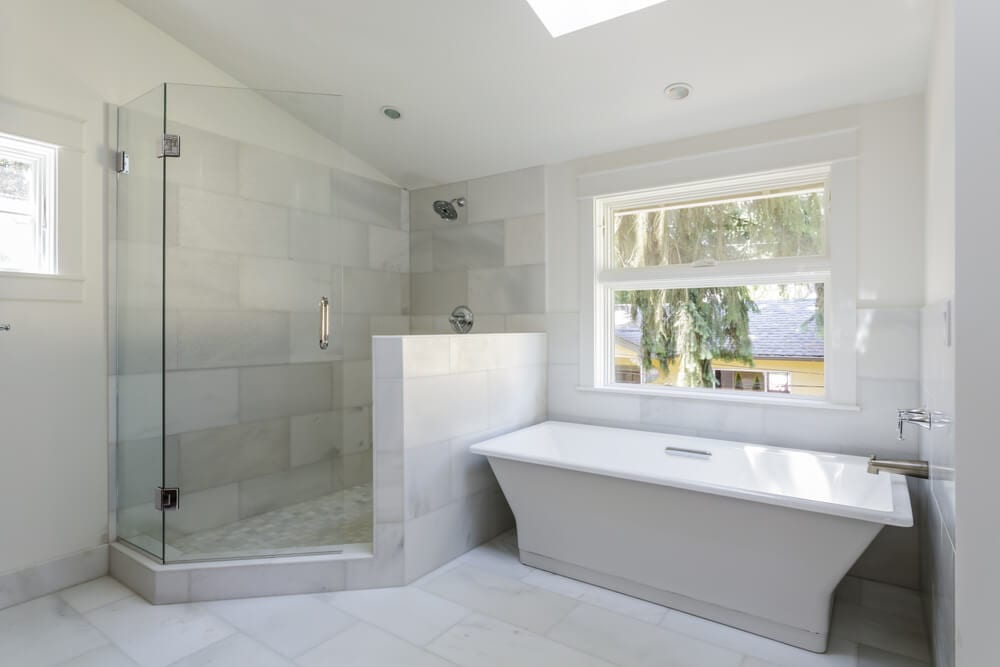 Another idea is to have a minimalistic partition right next to the shower space. Image: David Papazian/Shutterstock 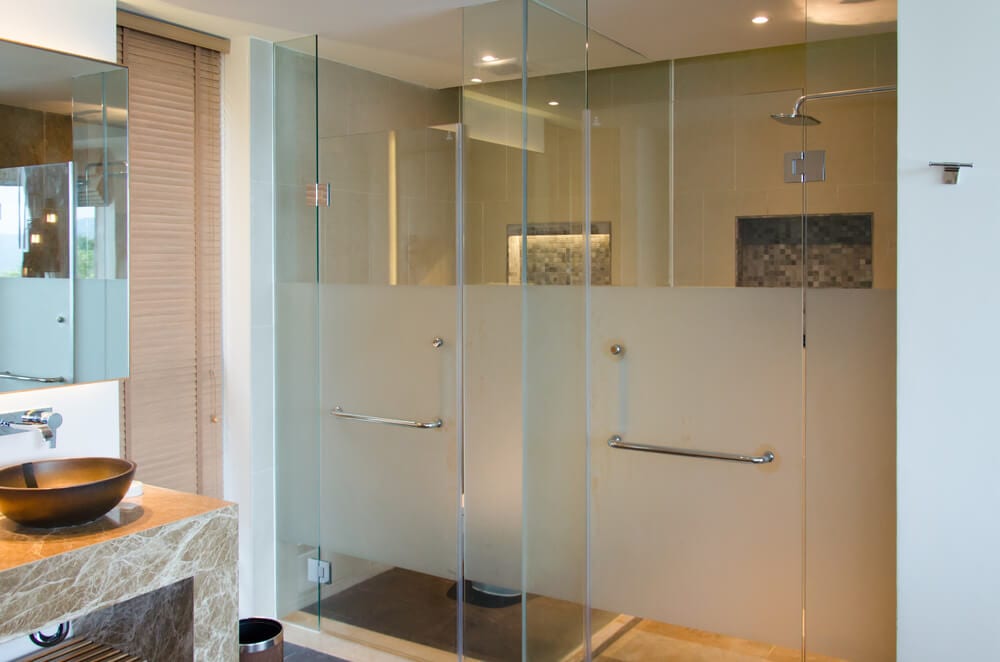 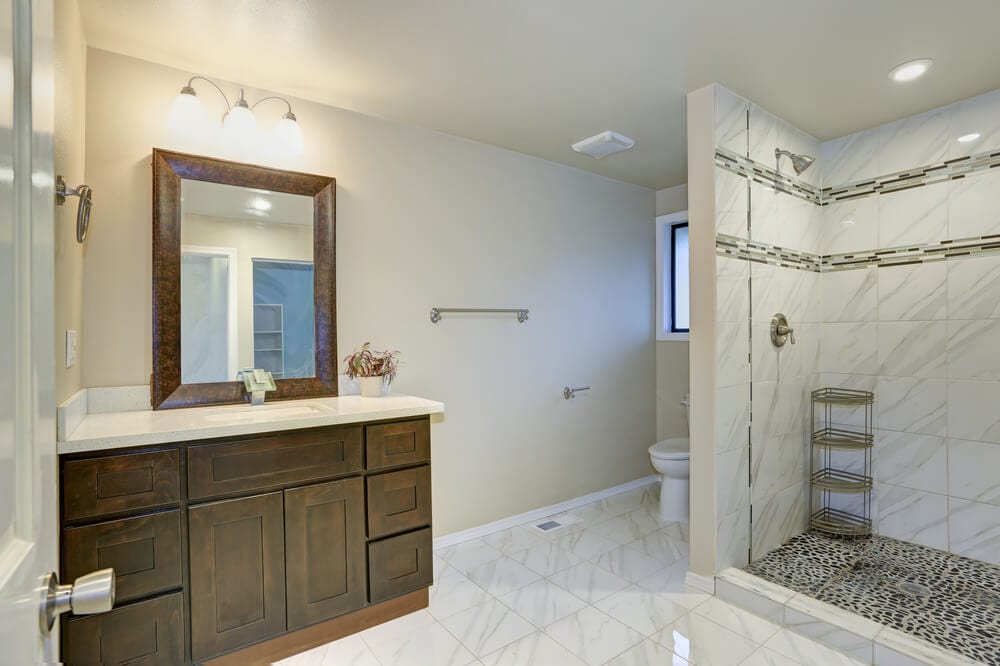 A partial wall can add some organization to an open bathroom design. Image: alabn/Shutterstock 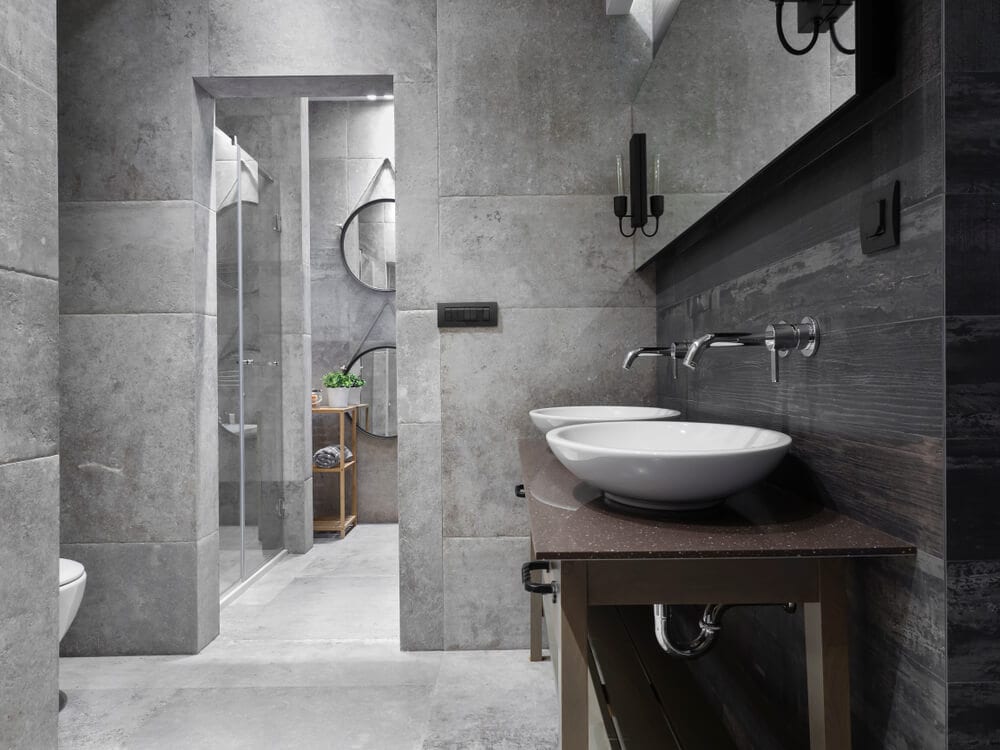 An open shower can also sit farther back in its own space. Image: Rade Kovac/Shutterstock

If you like the idea of being able to soak in a warm bath, these styles featuring open design showers and tubs are right up your alley. They blend an open shower design with a tub of some variety right into the same space.

An open design shower actually goes quite well with a soaker tub nearby. The shower and the tub are often placed right next to each other to minimize how much water is splashing about the bathroom. And the open showers help keep the space visually unimpaired so these designs can easily fit both showers and soaker tubs without anything feeling cluttered or cramped. 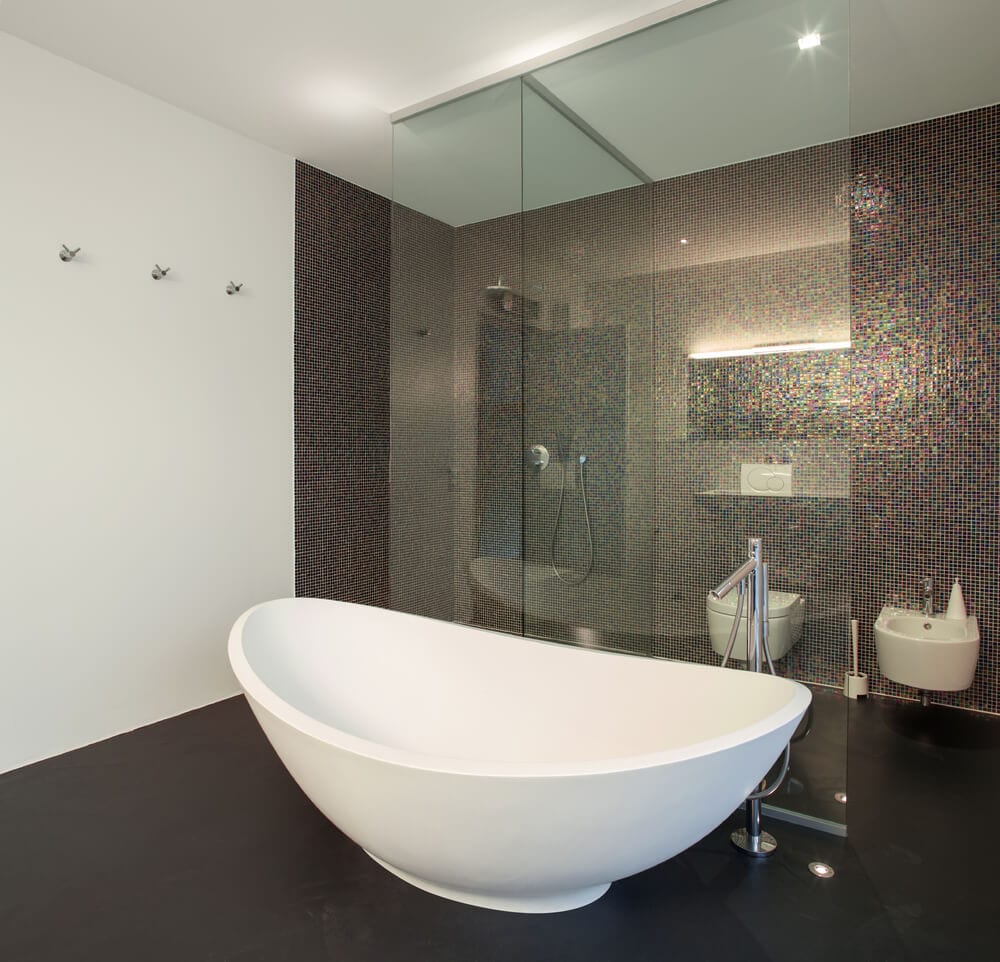 This style shows how well a clear glass shower goes right next to a tub. Image: alexandre zveige/Shutterstock 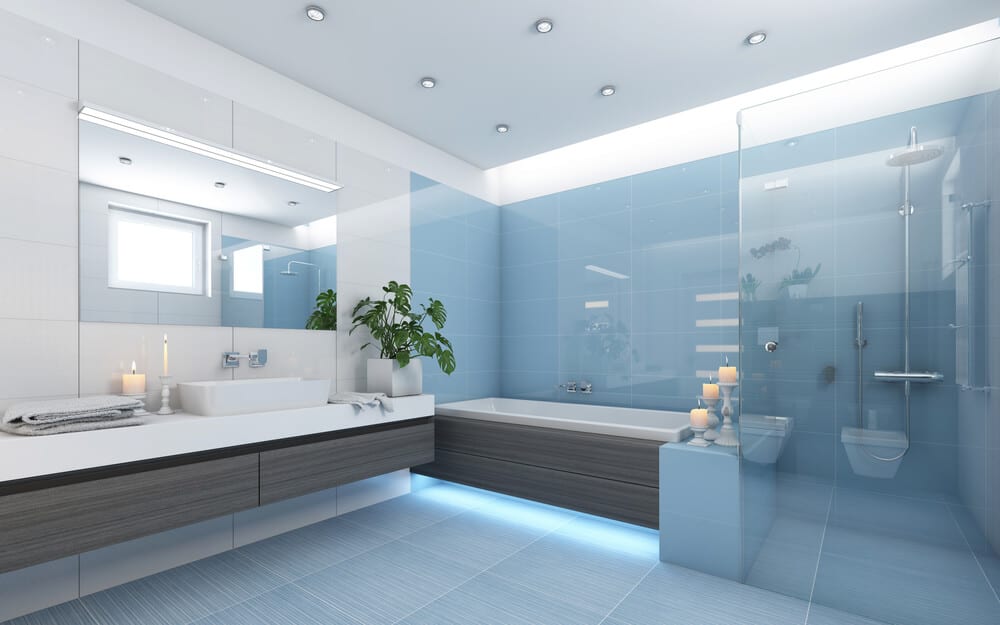 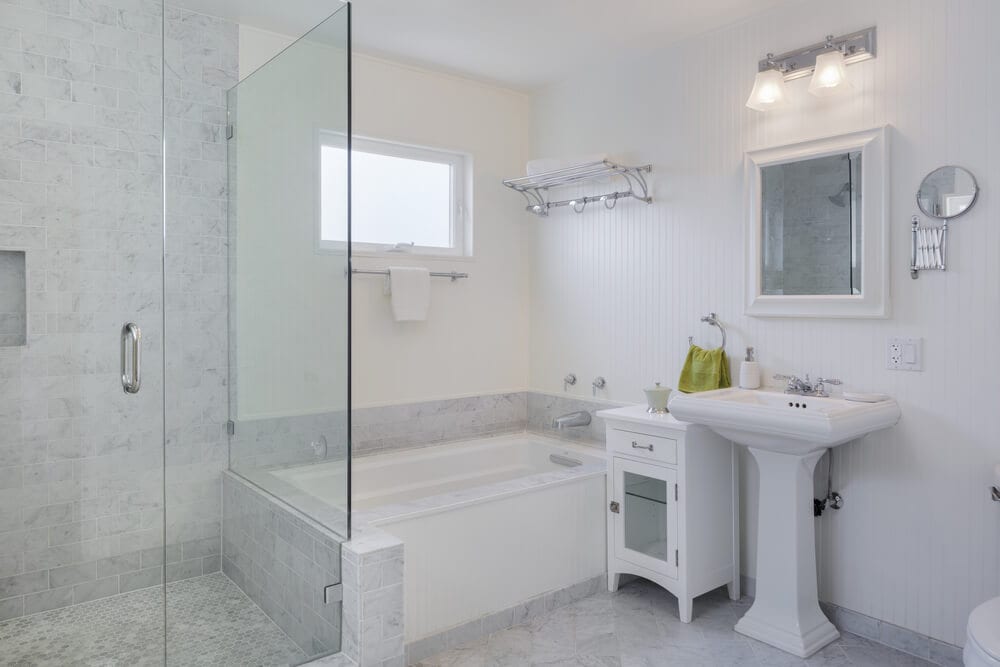 A square tub fits well next to an open shower. Image: BondRocketImages/Shutterstock 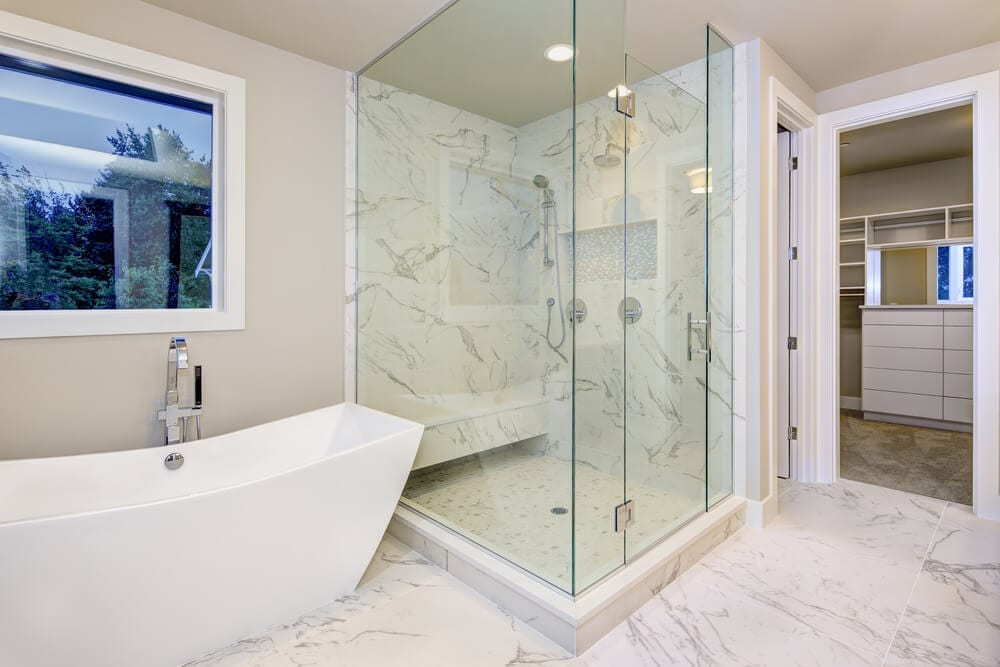