4 Chic Ways to Use Rustic Brickwork

Brickwork is a common texture that’s used in a variety of trends. It’s useful for imparting a classic or bucolic vibe into a space. As a result, you most typically see it in rustic or country styles. But rustic brickwork has become a larger part of chic trends through the years. Styles like industrial chic make use of brickwork, as do rustic chic styles.

Outside of large-scale trends, there are also several subtle, stylish ways to use brick. Read on to learn how to work with rustic brickwork in a variety of modern spaces. 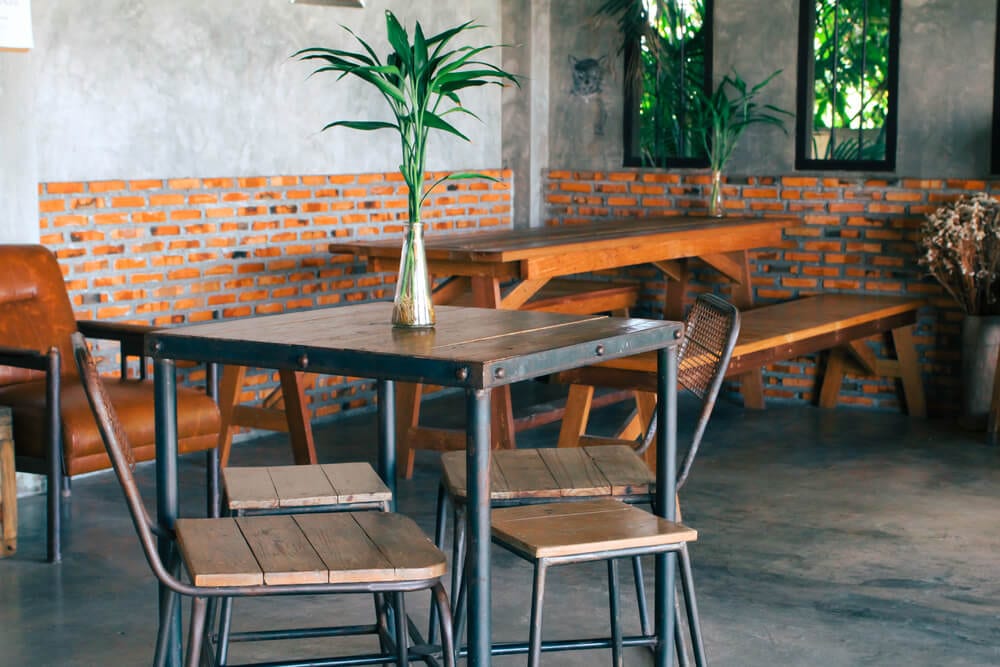 As mentioned above, rustic brickwork is common in industrial spaces. The modern industrial space in the photo above uses it to great effect. The red texture of the brick walls adds some warmth against the concrete. Modern spaces also tend to use high-contrast materials together, so if you want to create contrast using texture, brick is a good element to use in your design.

This image above also shows how brick can work in a minimalistic and modern space. Brick does a wonderful job of imparting texture to a space where elements like wall hangings and knickknacks aren’t used. It makes up for the lack of those items that would normally give texture. 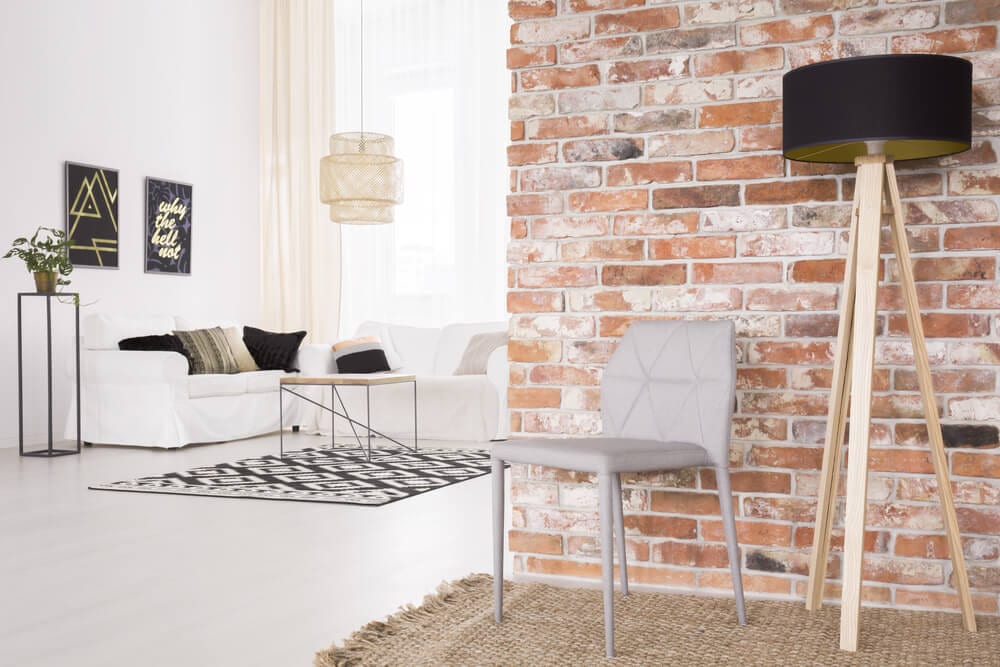 Rustic chic is another style that makes excellent use of brickwork in the home. An example is the rustic chic living room space in the photo above. The textured brickwork imparts an instant rustic sensibility. It goes well with other subtle rustic elements, like the textured woven rug.

This photo shows how well brick can work with a more modern sensibility in the rest of the room. The room has the crisp, light coloring common in modern spaces. And that light coloring is reflected well in the brick itself and the light grout. It all combines well to be overwhelmingly contemporary. 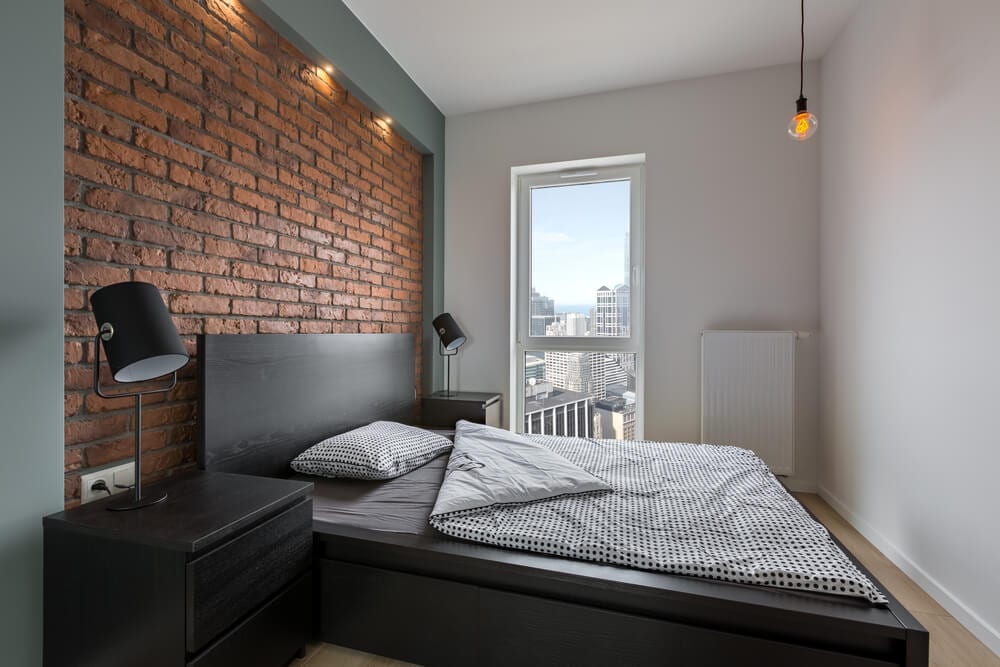 By using distressed brick on just one large wall, you can create an instant rustic chic vibe. Image: Dariusz Jarzabek/Shutterstock

Another great use for brick is to use it as an accent wall. In the photo above, the distressed, choppy texture to the brick gives an eye-grabbing rustic look. It shows how you can get a rustic feel in a modern space by simply adding brick to a single wall.

In fact, the rustic brickwork accent wall adds contrast and visual interest to the space. The rest of the space is thoroughly modern, with the minimalistic side tables, stark black headboard and white walls, while the exposed bulb gives a slight industrial vibe. When combined, the elements in this room show just how well brick fits into a rustic chic space. 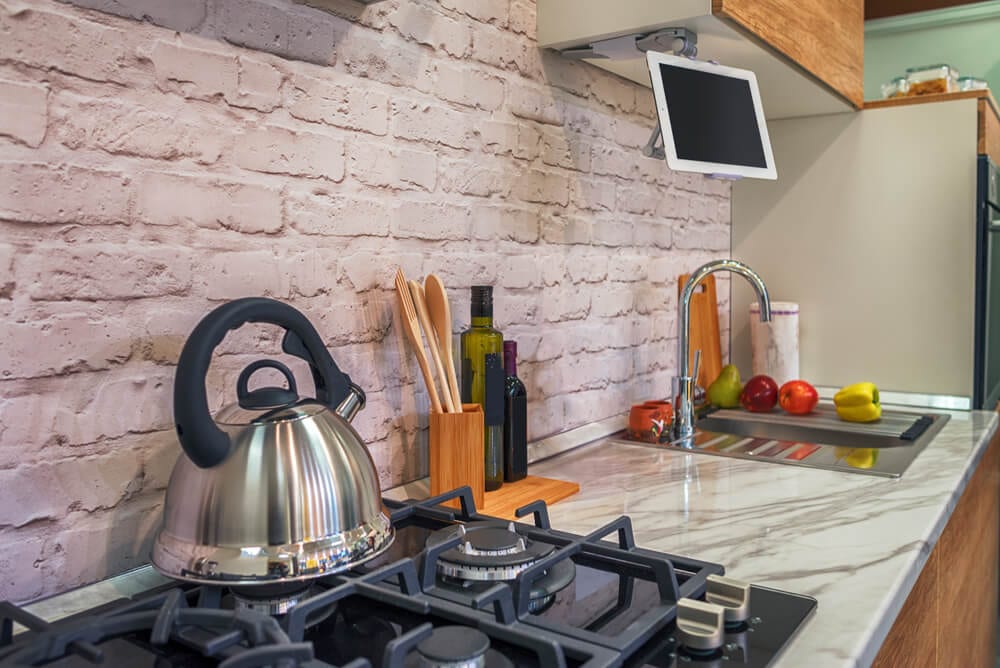 A current hallmark of modern spaces is to get creative with conflicting textures. And the space in the photo above got the principle right.

The brick in the backsplash sets a solid tone of strong texture. Meanwhile, marbling on the countertop adds even more texture against still more textured wood. It goes to show how three textures can create tons of visual interest in just about any space. This would be a great style for artsy spaces wherhigh contrast is the central theme.